Back to Blog Posts
Next

Overview of the East End 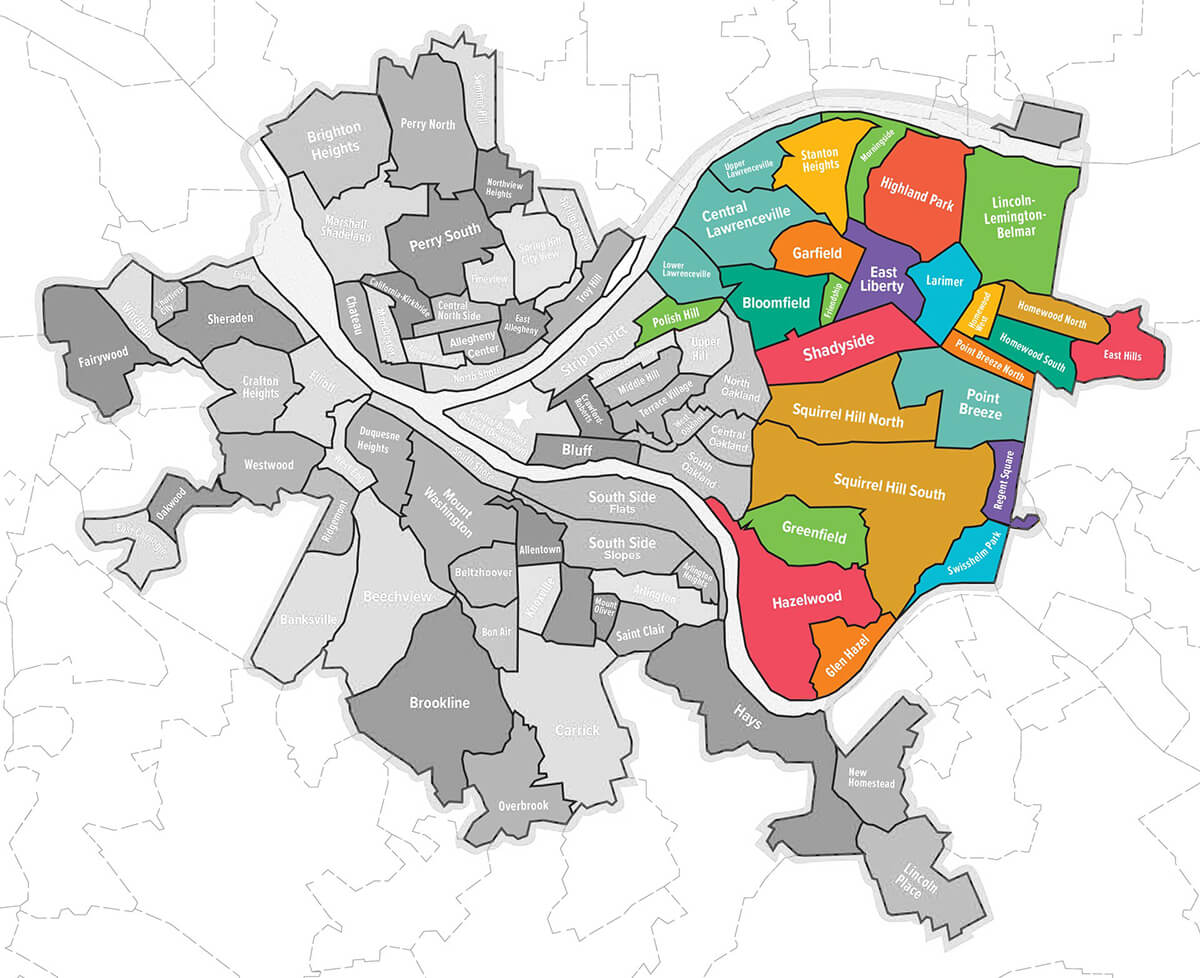 The housing options in the East End of Pittsburgh vary greatly, from cheaper fixer-upper homes to grand mansions. The main attraction for residents is the easy commute to downtown, access to employment, cultural and outdoor amenities, and the added benefit of property appreciation in recent years. Many neighborhoods are considered walkable and bikeable and have good public transportation. Many also have thriving business districts with great dining and shopping options. Three of Pittsburgh's beautiful regional parks are nearby: Schenley Park, Frick Park, and Highland Park.

Each neighborhood in the East End has its unique character. Squirrel Hill and Shadyside are known for their grand homes and the city's highest-value neighborhoods. Friendship, Highland Park, and Point Breeze are other communities with large homes. Greenfield, Stanton Heights, Garfield, and Homewood are good options for those on a budget. Lawrenceville is the trendiest neighborhood, but Bloomfield, Garfield, and East Liberty are also popular. And for outdoor possibilities close to home, Regent Square, Point Breeze, Highland Park, Squirrel Hill, and Oakland are excellent choices, as they all sit on the edge of a park.

Pittsburgh's East End was once a hub of wealth and influence. At the turn of the 20th century, it was the world's most affluent neighborhood, with its inhabitants controlling 40% of the nation's assets. In fact, at that time, more millionaires were living in the Pittsburgh East End than anywhere else on earth.

The East End's history stretches back much further than the turn of the 20th century. Before the Civil War, East Liberty was a small village with a rural charm. Famous taverns and sleighing and equestrian parties were typical. However, things began to change with the opening of the East Liberty Passenger Railway in 1860, which turned the neighborhood into a commuter suburb of Pittsburgh. The Negley family owned much of East Liberty. The Negleys operated a steam gristmill and were farmers. One of the Negley daughters married the rising lawyer and banker Thomas Mellon, whose sons would go on to amass one of the world's great fortunes.

Many East End residents were of Scotch-Irish or German descent and believed in thrift, hard work, and giving back to the community. They became known as the world's models for philanthropy.

The East End of Pittsburgh has undergone a significant transformation in recent decades. Once a neighborhood defined by its industrial past and the luxury of its wealthy residents, the East End has seen a renewed focus on redevelopment and revitalization efforts to make it a more vibrant and livable community for all residents.

One of the most notable revitalization efforts in the East End has been the redevelopment of East Liberty. Once a bustling shopping and commercial district, East Liberty had fallen on hard times in the latter half of the 20th century. However, in the last few decades, there has been a concerted effort to breathe new life into the neighborhood. The construction of new housing developments, the opening of new retail and dining options, and the creation of new public spaces have all contributed to the revitalization of East Liberty.

One of the key drivers of this redevelopment has been the East Liberty Development Inc (ELDI). This non-profit organization has been working to revitalize the neighborhood since the 1990s. ELDI has been instrumental in the construction of new housing, the redevelopment of public spaces, and the attraction of new businesses to the neighborhood. The result has been a dramatic transformation of East Liberty, with a renewed energy and vitality that has helped attract new residents and businesses to the area.

Architectural Preservation of the East End

Another critical aspect of the revitalization of the East End has been the preservation and restoration of historic buildings. The East End has a rich history, and many of its buildings are architectural gems that have stood the test of time. In recent years, a renewed focus has been on preserving these buildings and repurposing them for new uses. The Highland Building, for example, was designed by the visionary architect D.H. Burnham and has been restored to its former glory. Now it houses offices and retail spaces. The East Liberty Presbyterian Church, known as one of the neighborhood's "cathedrals of capitalism," was built by the Mellon brothers in 1933 and carefully restored to its original design.

Becoate Properties Llc
The content relating to real estate for sale on this web site comes in part from the IDX program of West Penn Multi-List, Inc. Real estate listings held by brokerage firms other than Keller Williams Pittsburgh North are marked with the West Penn logo, and detailed information about these properties includes the names of the listing brokers. Listing content is copyright © 2023 West Penn Multi-List, Inc. 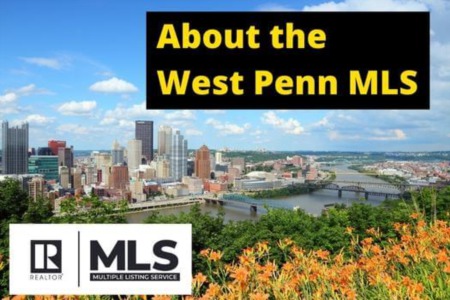 Introduction to the West Penn MLS The West Penn Multi-List System, or WPMLS, is a database of real estate listings used by agents and brokers in the ...Read More 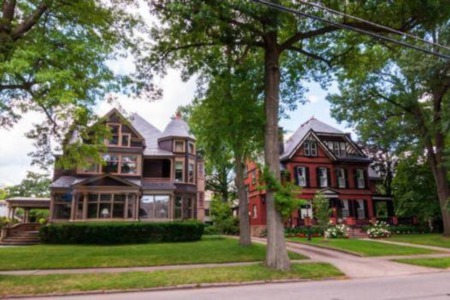